Wouldn’t it be fantastic if you could target your ads to those who fit a certain profile and are more likely to become your customers? Social media sites can provide perform organic social media ad campaign with paid ads.

In the United States alone, 77 percent of the population has some form of social media account. Consumers use social media for various reasons, including chatting with friends, staying connected with people worldwide, and for business and networking. Meanwhile, marketers are well aware.

Because of the large number of active users on various platforms, marketers increasingly realize the value of using social media to target their customers. By the end of 2021, global investments in social media ad campaigns expect to reach around 48 billion dollars.

What is the Definition of a Paid Ad Campaign?

A paid ad campaign is one of the ways to sell your products and services on the internet. Paid ad campaigns are refer to “pay-per-click,” “sponsored ads,” or “cost-per-click” ads.

The first five links at the top of a search engine’s result page, such as Google, Bing, or Yahoo, are frequently sponsored advertisements. It is helpful to know that paid adverts display on high-traffic websites such as Facebook, Twitter, and LinkedIn.

One of the most significant advantages of using a paid social media ad campaign is the ability to target specific audiences. To maximize your chances of reaching the correct prospect, target a particular audience, demographics, places, interests, and devices.

In similar fashion, advertisements can appear at specified times of the day or on specified days of the week.

How Do I Get Started with a Paid Social Media Ad Campaign?

As our attention shifts to smaller displays, brands and businesses focus their efforts solely on social media.

According to social media marketers, more than 90% claim that having a paid social media ad campaign has quickly increased brand exposure. Much of the time, pay-per-click advertising is the source.

Not every platform is appropriate for every company. For example, public figures, politicians, and local people with a vast presence or significant brands do best on Twitter. Twitter may not be the greatest option for local companies. The majority of local companies should instead concentrate on Facebook and Instagram. You must choose the platform in which you wish you spend time and effort.

Target audiences to raise brand and product recognition with new audiences using social media ads. Furthermore, using a paid social media ad campaign is an excellent source of micro-conversions. This can be for trials, free samples, or simply driving more visitors to your website.

Within each platform, there are unique ads that assist you in achieving various objectives. These platforms have a lot in common, such as: 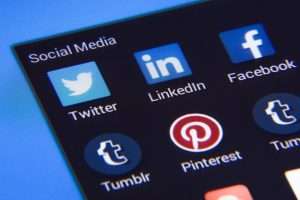 If it’s the route you decided to take, various social media ad campaigns platforms might assist you in achieving your marketing objectives. Each one is distinct, has a particular target audience, and serves a specific purpose.

The wonderful thing about Facebook is that Facebook users account for one out of every six minutes spent online. You can create a Facebook ad campaign, targeting your audience on Facebook based on their interests, demographics, and location. Use the pay-per-click or pay-per-mile approach to determine Facebook payout (cost per 1,000 impressions).

Youtube is also a great option. While Youtube isn’t strictly social, it does alleviate several internet marketing issues. YouTube reaches more 18-49 year-olds in the United States than any cable network. Setting up a Youtube ad campaign is as simple as connecting to your Google Make. Videos account for a higher share of global internet traffic.

You may have never realized how valuable LinkedIn is for advertising. B2B partnerships rely heavily on social media. On social media, 64% of brands follow other businesses. You may engage with these B2B customers using by creating a LinkedIn ad campaign. LinkedIn ads offer two payment options: cost per click and cost per mille (cost per 1,000 impressions).

You may have heard of Twitter but never considered that it could help you advertise. You can choose from a variety of campaign objectives, such as Twitter engagements (retweets, favorites, replies), website clicks, app installation or engagements, followers, or even leads. It charges you when your selected action occurs. Create a Twitter ad campaign to keep a daily budget limit and a maximum cost per action. 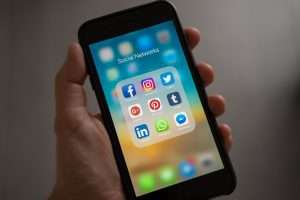 Which Social Media Platforms Should You Use for Marketing?

Paid social media ads generate many conversions, but you could lose money if you don’t choose the correct platform to advertise on. As previously said, conducting an initial business audit is critical to the success of your marketing effort. The knowledge you gain about your target demographic will help your paid advertising campaign succeed.

If you’re a small business owner, I recommend hiring a social media marketer to help you avoid losing money. 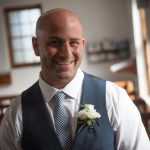 Robert C. Fisher holds his Master of Science in Nursing (MSN), a Master of Business Administration in Healthcare Management (HCM), and is the Top Content Consulting team’s head content consultant. Robert specializes in using his professional writing experience to improve your content’s readability, search engine optimization, and ability to garner a targeted audience. As a creator himself, Robert strongly believes in using imagination alongside proper tone to produce a polished final product. He is currently accepting new clients, and you can book your free consultation today!